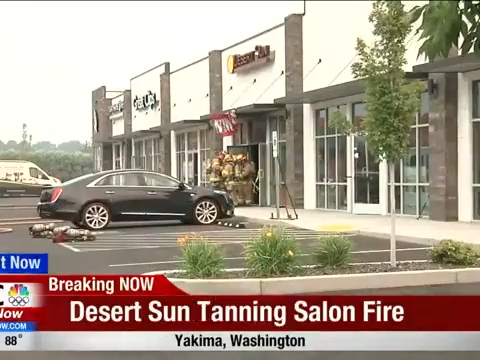 Yakima Fire Department (YFD) firefighters arrived on scene just before 5:00 pm on Thursday to discover heavy smoke coming from one of the strip mall units.  Firefighters were able to put out the fire within about 30 minutes after arriving on scene.

No one was injured as a result of the fire.

The cause of the fire is under investigation.