For the 2019-20 school year, Jose Perez was named Washington State’s Migrant Recuiter of the Year! Jose has been working in the capacity of recruiter for thirteen years in the Yakima School District.

Jose works tirelessly to identify and recruit migrant students and strives to meet the needs of families in his school district. 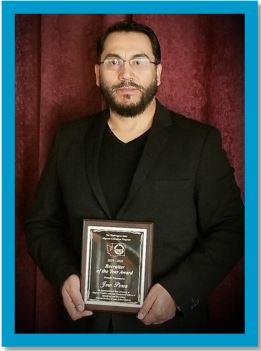 As a young child, Jose remembers his family moving in search of agricultural work in the states of: California, Oregon and Washington. Jose is originally from Aguililla, Michoacan, Mexico. At the age of 14, he and his older brother began moving along the west coast searching and working in agriculture, harvesting crops such as lemons, grapes, cherries, pears, and apples. His migration cycle finally stopped in 1988 when he and his family settled in Yakima to make Yakima their home.

Yakima is where Jose obtained his GED. Jose continued his education by attending Yakima Valley College. While in Yakima, he also worked as a firefighter for several years while simultaneously working for the Yakima School District as a janitor. In 2008, he applied for the position of Recruiter for the Migrant Education Program and presently continues to serve his community in that position.

Jose enjoys making a difference in the lives of the many students he serves. “In this job, maybe I am not making enough money, but I know that as a migrant recruiter, we are making a difference in someone’s life,” he said. Jose has generated 10% more Certificates of Eligibility (COE) in 2019-20 school year compared to the previous two school years, for a total of 246 COEs.