On Friday April 23 & Saturday April 24, Roosevelt Math Team competed in a virtual Math Olympiad competition held by the Washington State Mathematics Council & Mangahigh. This is Roosevelt’s 5th year of having a math team. The Roosevelt Math Team was thrilled to compete this year, even though it was different, since last year was cancelled.

Roosevelt sent 26 students (8 teams) of 3rd-5th graders and their coach, Mrs. Merrill (3rd grade teacher) to the competition. Students also received a swag bag full of goodies to keep them energized through the competition. 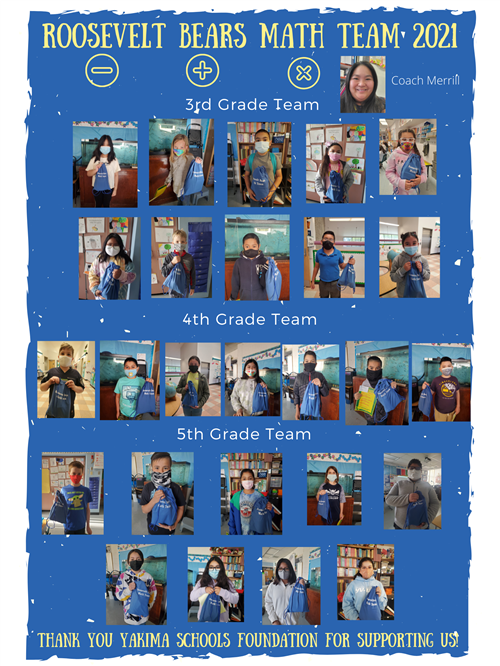