On March 18th, Jeff McFadden was honored with the Harold Richards Washington State TSA (Technology Student Association) Award as Middle School Advisor of the year. Washington TSA has more than 150 chapters, and over 7,000 students that participate. This is an annual award given at the WA State TSA conference, and then recognized again at the National Conference in June.  The Advisor of the year award honors advisors for their efforts in leading their chapter, guiding their students, and for their involvement as a WA State TSA chapter advisor. 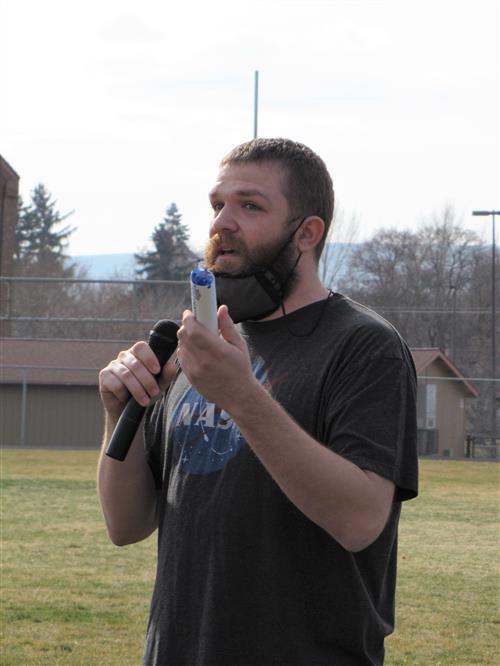 Mr. McFadden, a U.S. Marine veteran, is in his first year as Franklin’s TSA advisor and teaches technology based courses like robotics and manufacturing. Due to the pandemic, he had the added pressure of virtually managing Franklin’s established TSA chapter, in which the students potentially knew more about the work than he did! However, it was his students in fact, that nominated him.  One said, “I’m nominating him for this award because he has done so much for us as a TSA team and he is always making sure that we are up to date and know exactly what is expected of us.”  “He answers my questions as quickly and clearly as possible and tries to clear up any confusion on the subject.”  Another student said, “He has worked so hard to get us into school, and when it got pushed back, he kept pushing for us.”  Other students said that he brought them supplies at home, made sure they knew the rules of the competitions and helped with events.  Finally, a student said, “He is determined to help his students, even though it is his first year on the job, he is already doing just as well as our former advisor, and that is saying something!” 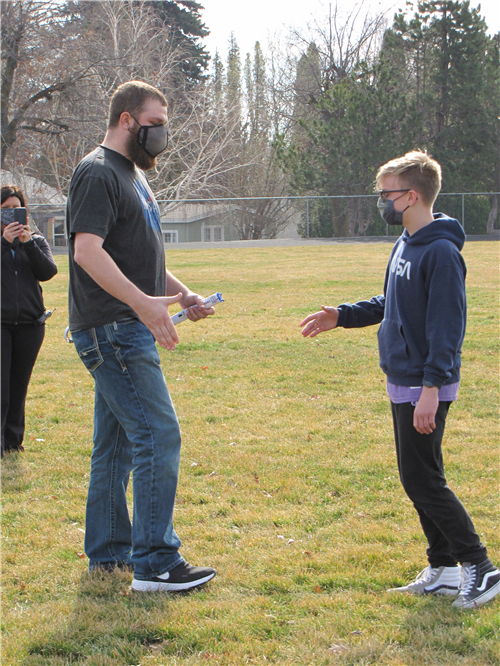 His principal, Mrs. Sherry Anderson, said that Jeff has gone out of his way to create equitable access for all of his students. He opened his room and made arrangements with parents so all students had access to materials and tools. He worked outside of his school hours to spend time with parents and students who needed direction. He also gave his time to other chapters in the district to support and train other new TSA advisors and to help get their students up and running for the year.  Mr. McFadden is in his 7th year in education. He has previously taught mathematics and has always been looked up to by his school community for his dedication and his ability to build relationships with his students and families.